Yusei Kikuchi faces most important season yet for Mariners 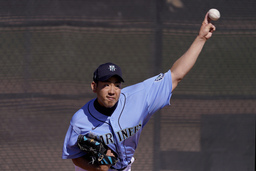 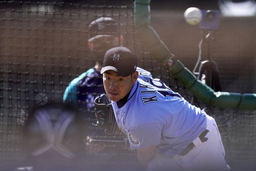 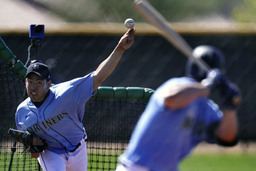 It feels very much like Yusei Kikuchi just arrived in the majors after his highly anticipated move from Japan.

Yet, the left-hander is already about to start his third season with the Seattle Mariners and easily his most important to date.

''I feel that he's kind of got his arms around where he's at as a pitcher and hopefully it starts playing out on the field more consistently,'' manager Scott Servais said. ''We've seen it. We've seen it in flashes, we just haven't seen consistent stretches of it.''

Kikuchi got in his first work of spring training Tuesday, throwing two innings, allowing one hit, one run and striking out three against the Cleveland Indians. His plan is to build up to five or six innings prior to the start of the season, when Kikuchi seems likely to fit into the six-man rotation behind staff ace Marco Gonzales.

And when the season begins, so will the analysis of how and whether the Mariners will move forward with Kikuchi.

Kikuchi's contract is structured so that he and the Mainers will have to make major decisions following the conclusion of the 2021 season. Seattle holds a club option on Kikuchi to be exercised within three days of the conclusion of the World Series. This isn't just a one-year option, but a commitment for four years that would keep Kikuchi tied to the Mariners through the 2025 season.

That option would cost Seattle $66 million over the life of the deal.

Should the Mariners decline the four-year option, Kikuchi has control over his future. He could exercise a player option to remain in Seattle for the 2022 season and be paid $13 million. Or he could opt out of the deal entirely and become a free agent at age 30.

It's a massive decision that could lock Kikuchi in long-term or leave both sides searching for other options.

''It's obviously a big year contract-wise personally, but I'm more focused on how big of a year it is for our team. This year and next year,'' Kikuchi said through an interpreter. ''We truly believe that this year, next year, we're going to make a good run for the playoffs and more. And so I'm just really focused on being able to be a big factor.''

Part of the issue with analyzing Kikuchi is the oddity of the past two seasons. In 2019, Kikuchi was spending his first year away from Japan, making the adjustment to the majors. At times, he looked the part of an ace. At other times, he struggled badly and appeared stubborn about making adjustments.

He made just nine starts during the shortened 2020 season, but the results led to optimism about Kikuchi moving forward, even with numbers - 2-4, 5.17 ERA - that overall didn't look great. He pitched at least six innings in four of his starts. In two starts against division rival Oakland, Kikuchi allowed no earned runs in 12 innings. He added a cutter to go along with his excellent slider.

And he seemed to find comfort with Seattle's six-man rotation, which almost duplicated the frequency with which he pitched in Japan. Seattle intends to use the six-man rotation this season and possibly beyond.

''We all saw the stuff last spring training had changed from 2019. He kind of spent last year figuring out what that stuff is and how to use it and how to play with it,'' pitching coach Pete Woodworth said. ''I think we saw in the second half the confidence in knowing that this stuff is real, and I can wreak havoc on a handful of lineups, it doesn't really matter who's in the box.''

Servais said Kikuchi has taken a very analytical approach to understanding the value of being ahead in the count and what pitches work best in those situations. Having altered his repertoire of pitches last year, Kikuchi said his offseason was focused on pitch command and simplifying his mechanics.

''Scott has trusted me for two years now and so I want to be able to put up good numbers for him this year and years to come,'' Kikuchi said.